In addition to participating in great causes by donating money, a clothing manufacturer like FUSH can do so by donating our services. And so far this year, we’ve done it twice. Once for an awesome organisation Potpiši Prodiši  (“Signatures for Better Air” would be the closest translation) and once for Belgrade Marathon and their efforts to help people with disabilities have better access to sporting facilities. The campaign of 34th instalment of this race is called “Bez Barijera” (Without Barriers). 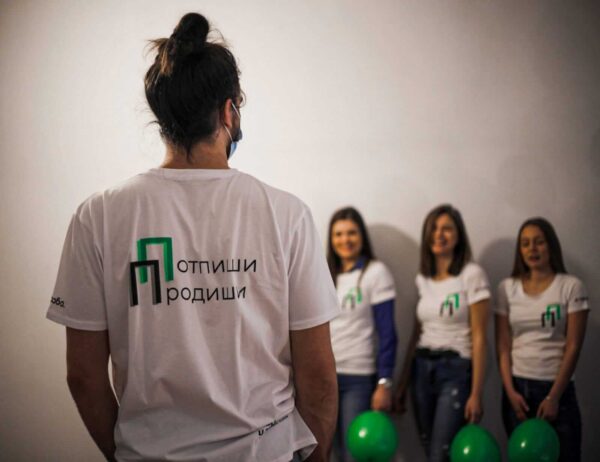 In the wake of our country’s heating plants’ recent over-reliance on coal with the absolute worst quality – raw lignite, this initiative has focused its efforts on three fronts: – Banning all sales of raw lignite coal to households – Stomping the black and grey market of fuels like coal and firewood by making it fully transparent – Increasing the general public awareness of the environmental issues we all face. Their cause is close to us not only because it’s common sense to support something that benefits every living being. It is also because we as a company are getting closer to using only solar power in the near future. 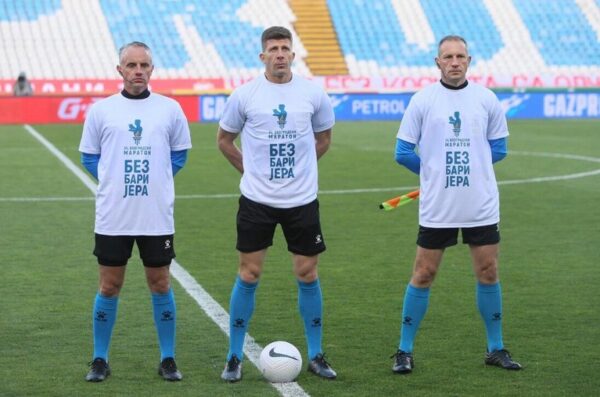 On this campaign, we joined forces with the organizations of this year’s Belgrade marathon but also with Serbia’s two biggest football clubs – Partizan and Red Star. The two clubs are instrumental in this campaign. That’s because the clubs will auction the jerseys that their footballers wore on the derby game held on 7th April 2021. All funds will go toward improving the sporting infrastructure for people with disabilities.

Our tiny contribution here was the t-shirts referees and club captains wore before the game. The t-shirts had the “Bez Barijera” logo on them. In fact, the entire derby game was fully connected with the campaign, both visually and through the media. Taking part in such an initiative should be a no-brainer for any company and we are glad we could contribute, even if it was only by donating a couple of t-shirts.

Request a quote from us

To get the best possible price and lead time estimate, please include the number of designs and pieces per design, fabric choice, sizes, and printing options.

This website uses cookies to improve your experience while you navigate through the website. Out of these, the cookies that are categorized as necessary are stored on your browser as they are essential for the working of basic functionalities of the website. We also use third-party cookies that help us analyze and understand how you use this website. These cookies will be stored in your browser only with your consent. You also have the option to opt-out of these cookies. But opting out of some of these cookies may affect your browsing experience.
Necessary Always Enabled
Necessary cookies are absolutely essential for the website to function properly. This category only includes cookies that ensures basic functionalities and security features of the website. These cookies do not store any personal information.
Functional
Functional cookies help to perform certain functionalities like sharing the content of the website on social media platforms, collect feedbacks, and other third-party features.
Performance
Performance cookies are used to understand and analyze the key performance indexes of the website which helps in delivering a better user experience for the visitors.
Analytics
Analytical cookies are used to understand how visitors interact with the website. These cookies help provide information on metrics the number of visitors, bounce rate, traffic source, etc.
Advertisement
Advertisement cookies are used to provide visitors with relevant ads and marketing campaigns. These cookies track visitors across websites and collect information to provide customized ads.
Others
Other uncategorized cookies are those that are being analyzed and have not been classified into a category as yet.
SAVE & ACCEPT